Learn the traditional form of weaving practiced by Bedouin women in the United Arab Emirates.

House of Artisans - 1st Floor
Find us on the map

From the resource-scarce lands of the Arabian Peninsula, from Bedouin ingenuity emerged the craft of Al-Sadu, the traditional technique of weaving the hair of camels and the wool of goats and sheep into fabric for blankets, carpets, pillows, tents and the decoration of camel saddles and belts.
Al-Sadu holds a place of particular honour in Emirati society, recognised for its essential role in Bedouin life and as a tangible example of adaptation and creativity. It also represents one of the most valuable economic contributions that women made to their society. Al-Sadu also played a central role in the social lives of traditional Emirati women.

You may also be interested in the following events coming up at Qasr Al Hosn. 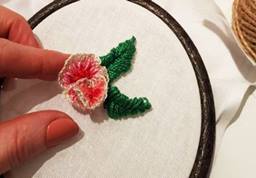 Learn the fundamentals of hand embroidery. 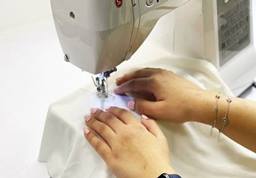 Learn the basic process of sewing.

General Admission to House of Artisans and landscape is complimentary, excluding Qasr Al Hosn, special workshops and events. Tickets can be booked and purchased online or on site, directly at Ticketing. Enjoy your visit to Qasr Al Hosn.

An all access admission for school groups is complimentary. Find more information and fill in the School Group booking form by clicking the button below and enjoy your trip to Qasr Al Hosn.